The photo, taken during rebuilding work in 1950, shows the building formerly used to house forced labourers. 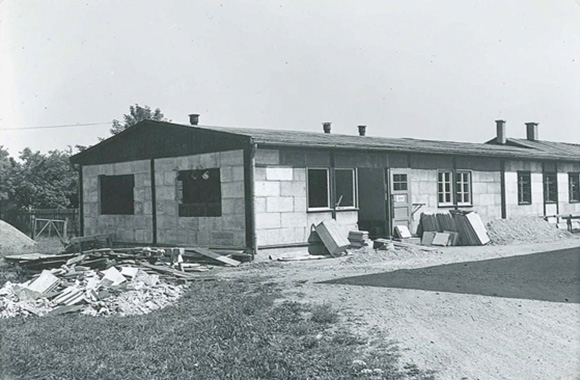 In autumn 1939, just after the beginning of the war, iwis sets up a classified department for the manufacture of percussion detonators for 20mm anti-aircraft shells. Production starts in the same year and does not finish until the war ends in 1945. The production of detonators accounts for about ten per cent of the factory’s total output. The reason given by Otto Winklhofer for deciding to produce munitions is that it is necessary in order to prevent at least some of his skilled workmen from being called up for military service in the Wehrmacht. The need to sustain the long-term survival of the company is another strong motive: memories of the First World War, when all factories not involved in essential war work were threatened with closure, are still fresh in everyone’s mind. 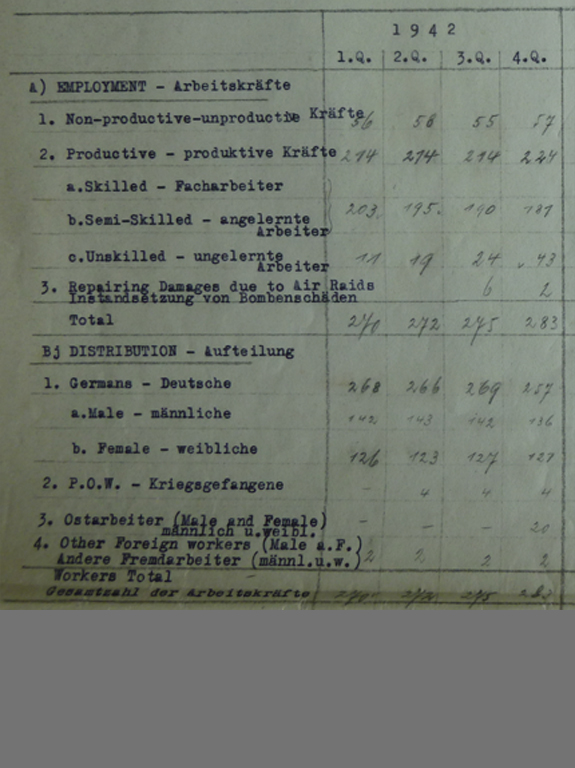 More than 7.5 million foreign labourers, one-third of them women, work in virtually all areas of German industry during the Second World War. They receive very low pay – or none at all. By 1942 at the latest, the German Reich would be unable to continue fighting without employing forced labourers, prisoners of war and concentration camp inmates. From 1942 onwards, iwis also actually employs Russian prisoners of war, female “Eastern European workers” from Ukraine and “other foreign workers”. They account for around one-tenth of the total workforce and are supposed to compensate for the lack of skilled labour.